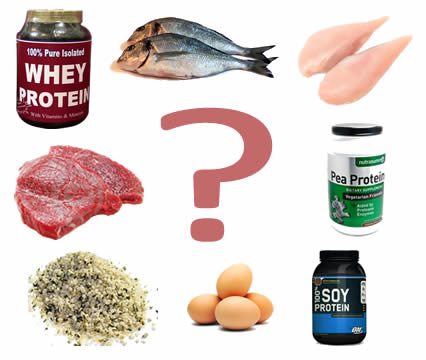 What Are The Differences Between Meat, Soy, Whey, Dairy, Hemp and Other Proteins? There’s so much hype around getting enough protein that few of us stop and think about what type of protein we’re ingesting and the differences that exist between different proteins. What’s the difference between animal and vegetable protein? Which has more usable protein? Which is more efficient or healthier and does it matter?

Hemp seed protein has some unique features. First, 65% of the total protein content of hemp seed comes from the globular protein edestin, which is easily digested, absorbed, and utilized by the human body. As a side note, it closely resembles the globulin found in human blood plasma, which is vital to maintaining a healthy immune system. As such, edestin has the unique ability to stimulate the manufacture of antibodies against foreign invaders. It is also hypoallergenic.

As a complete food, hemp seed is great, one of the super foods, but as a protein supplement, less so. As straight ground hemp seed, it is only about 30% protein. Even in concentrated form it will only push to around 50% protein. Also, although the proteins in hemp (edestin and albumin) are great immune builders, they are less effective as muscle builders.

Like other oil seeds, the hemp nut consists mainly of oil (typically 44%), protein (33%) and dietary fiber and other carbohydrates (12%, predominantly from residues of the hull). In addition, the nut contains vitamins (particularly the tocopherols and tocotrienols of the Vitamin E complex), phytosterols and trace minerals. Overall, hemp’s main nutritional advantage over other seeds lies in the composition of its oil, i.e. its fatty acid profile, and in its protein which contains all of the essential amino acids in nutritionally significant amounts and in a desirable ratio.

Always a question I get asked, and found a terrific research post below to continue on this article…

click via What Are The Differences Between Meat, Soy, Whey, Dairy, Hemp and Other Proteins?.